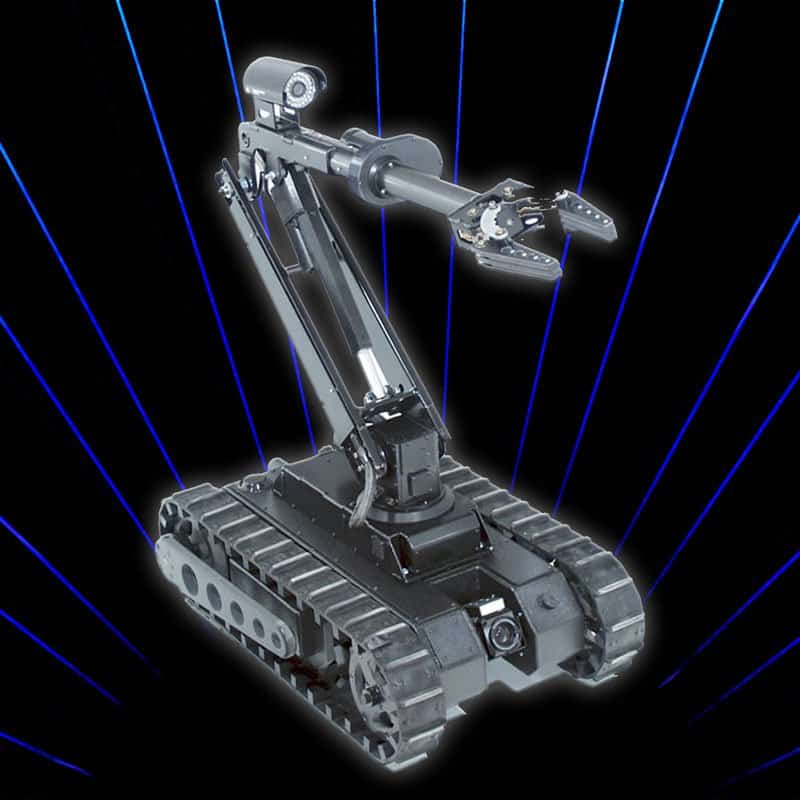 The LT2 “Bulldog” tactical robot is assisting law enforcement officers and military personnel in many ways. The LT2 is a tactical robot that is operated remotely and can be equipped with two-way radio communication, surveillance cameras, and an articulating arm with a gripper for opening doors and picking up objects. The tracked wheels on the LT2 can traverse stairs, climb over rubble and maneuver uneven terrain. The LT2 can also be upgraded with remote grenade ignition that can be used to release tear gas into an area.

We used the Bulldog LT2 to go into the hotel area that the suspect was staying, unknown at the time if the suspect was armed and we managed to communicate with the suspect by using the video/audio on the OCU remote. After speaking with the robbery suspect via the robot, the suspect gave up and came out with no further incident. The scene was secured, and the suspect was captured within the hour. Nearly $5000 dollars was recovered that was taken from the bank. This was the robot’s first real life scenario.

It is great to hear that the first mission was a success! Robots are a valuable tool in assisting law enforcement offers with dangerous situations.

Check out our tactical robots. If you are in law enforcement or perform military operations and think a robot would be an asset, contact us to schedule a demo or receive more information.