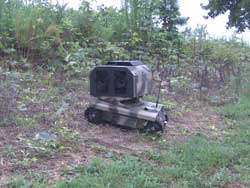 We upgraded the LT2 based remote photography robot we built for National Geographic’s Serengeti Lion Project. The robot was outfitted and upgraded to include full HD wireless video feeds for both of the included high-end cameras that are encased in the camera turret housing. For those of you not familiar with this platform, it was built based on our popular LT2 tracked robot platform but modified to support a large and enclosed camera assembly. The camera assembly is able to rotate over 360 degrees, tilt +/- 15 degrees, and level (tilt side-to-side) an additional +/- 15 degrees.

Coupled with the new HD video system, the robot data controls were also upgraded to significantly improve the range and functionality of the robot. It was also outfitted with a pair of rugged Pelican-style enclosed remote controls to video the robot’s HD video feed and to drive and activate the robot’s camera. These upgrades greatly improves the range and functionality of the robot to give the robot extended range for photographing dangerous and/or timid  animals. This robot was commissioned by National Geographic for a future photo shoot. 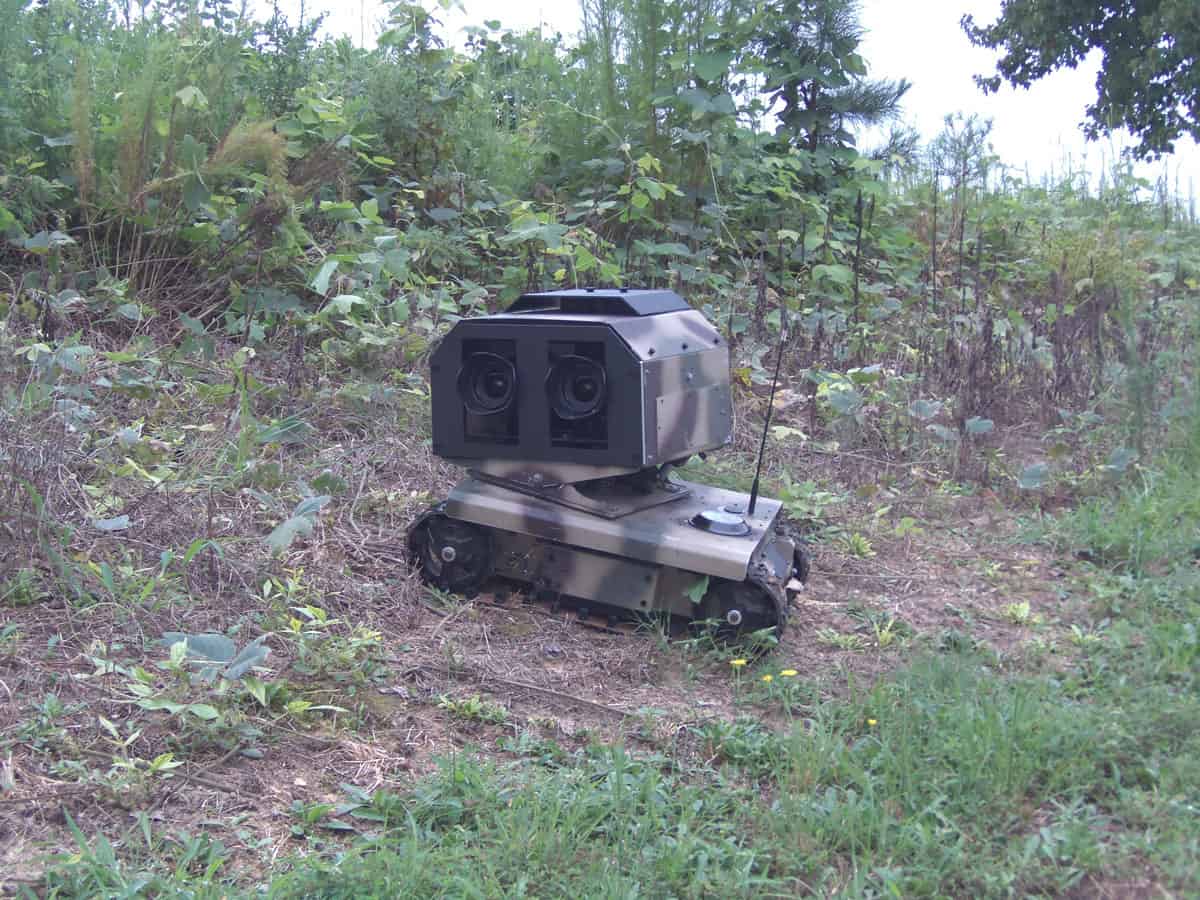 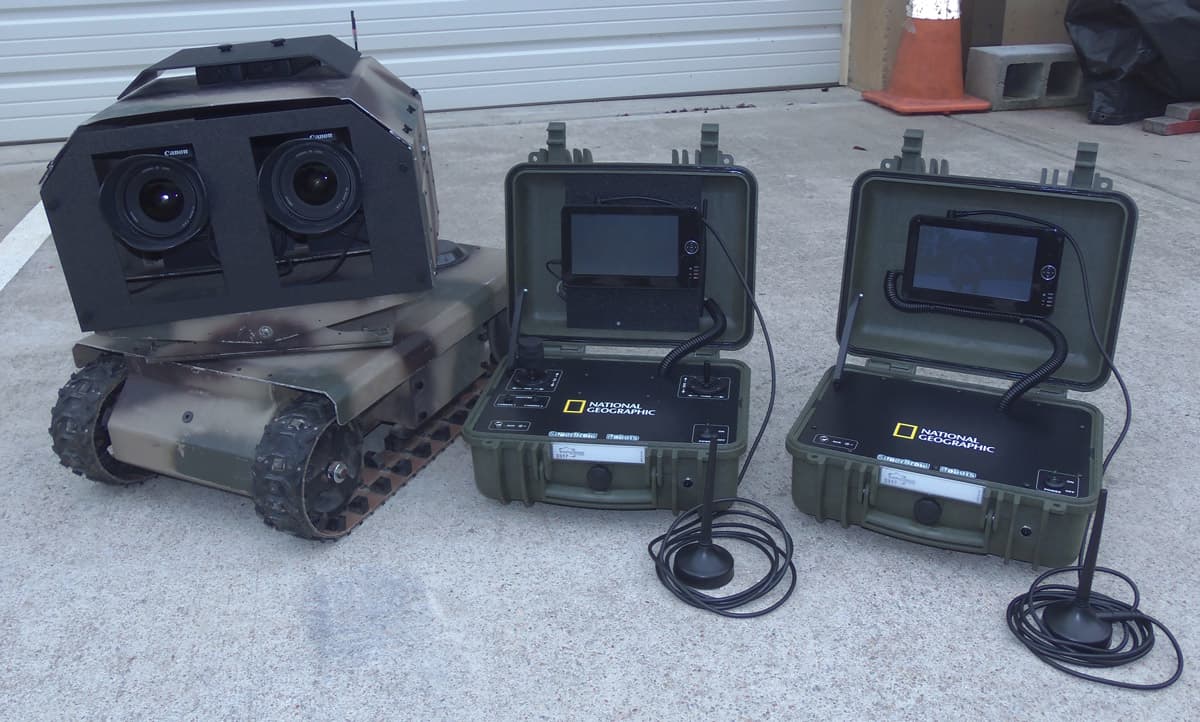