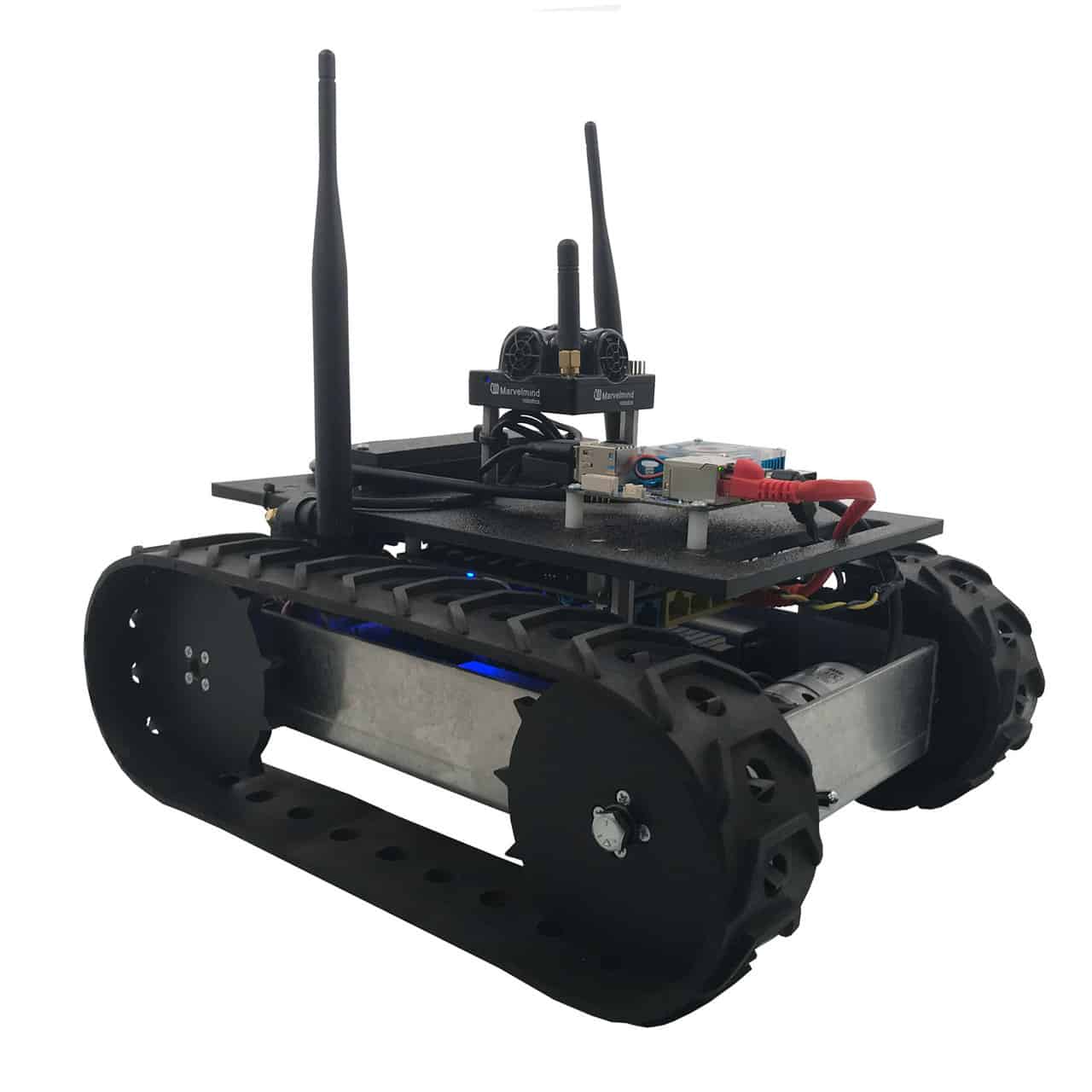 This programmable autonomous robot can be controlled via a Gamepad or used as an autonomous robot. Equipped with an ODROID-XU4 SBC running the latest Ubuntu 16.04, it allows for quick and easy changes to the firmware and provides the most flexible platform possible. The Programmable robot can be controlled wirelessly over its own WiFi router. The Asus 3-In-1 Wireless Router can also be configured as a bridge and by doing so allows it to be an extension of your home or office network. This gives extended range and the option to control the robot from anywhere in the world with an internet connection if you configure port forwarding.

What is IPS? Indoor navigation positioning system (IPS) is like a GPS for indoor environments designed to provide high-precision location data to autonomous robots. An IPS system consists of at least two stationary beacons, one or more mobile beacons, software interface, and a central modem. Together, the system creates a global coordinate frame automatically. The IPS provides the robot’s current location precisely to +-2cm and the software interface provides the way-points that the robot travels. The modem uses radio-frequency to communicate to the beacons.

The MLT-JR ROS Tracked IPS Robot is a robot based off of the similar Wheeled ROS IPS Robot. They both use the same method of positioning and control, just one is on a wheeled platform, the other is on a tracked platform.

If you are in the market for an Autonomous robot kit, SuperDroid Robots can design a solution just for you. contact us to begin the conversation.