How an Autonomous Robot Works

Home How an Autonomous Robot Works 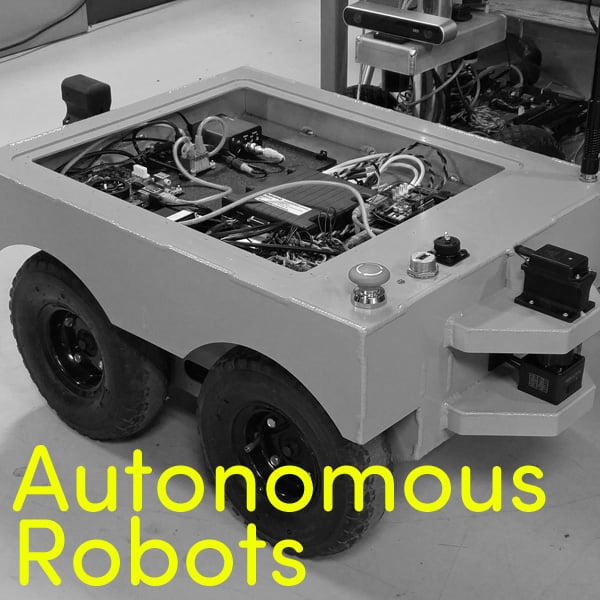 SuperDroid Robots has been building high quality, durable robots for a long time. Many of our robots are of the autonomous variety which makes them quite versatile.

So what is an autonomous robot exactly? Wikipedia describes it as below…

An autonomous robot is a robot that performs behaviors or tasks with a high degree of autonomy, which is particularly desirable in fields such as spaceflight, household maintenance (such as cleaning), waste water treatment and delivering goods and services.

Well that barely helped. What is autonomy? The dictionary defines it like this: Freedom from external control or influence; independence.

That sounds pretty ideal for a number of robot applications! Our autonomous robots have been used for many different tasks, but one we see quite often is surveillance.

You could use a remote control and on-board cameras to perform a surveillance task, or you could outfit your robot with sensors, GPS technology and a little bit of programming, then let the robot do the job on its own.

So how does an autonomous robot work?

The easiest way to explain it is to say that many of our autonomous robots are ‘point and click.’ The operator selects a point on a map, and the robot finds its way to the point while avoiding obstacles. Not all of them do this of course. Some are merely programmed to follow a specific route, but in the case of the robot we will show you below…it’s ‘point and click.’

It uses an IMU (inertial measurement unit), two LIDARs (laser radar), encoders, and a ton of processing power and code, It also has a very accurate GPS (~1cm accuracy), which can be used when outdoors for waypoint navigation. Pretty advanced stuff! 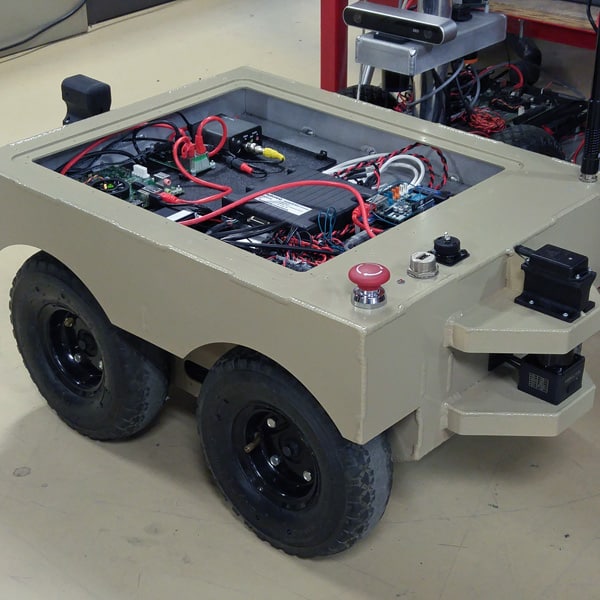 What exactly are we seeing?

We recently built a new autonomous robot, two of them actually, and did some preliminary testing in our shop.

One of our engineers, Ben, is controlling the robot to a degree. He is selecting the points on a map for the robot to go to. So far, so good.

Thomas, our camera guy, is in the path of the robot, and the robot senses it using the installed LIDAR rangefinders. So it stops momentarily as it cannot find a clear path right away. Thomas moves out of the path, the robot senses this and moves on.

The cool part is later in the video when we put a cardboard tube in its path, and the robot steers around it after calculating a path.

This is advanced programming, but I’m sure you can imagine the basics of how such a program would flow.

Of course there is much more to it than that, but that is the general idea behind how this autonomous robot gets around.

Make sure to check out the video below and let us know what you think! If you have any questions about autonomous robots, then drop us a line.

We’re all over social media!

Check us out on…